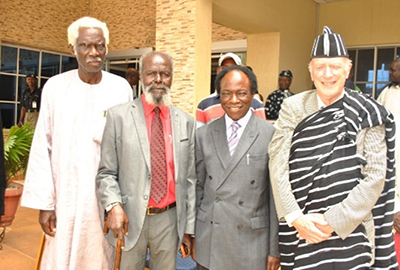 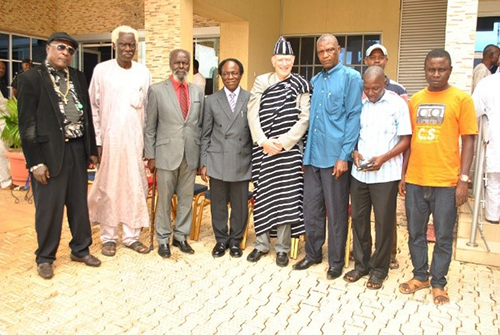 Aondona was adopted by the Tiv Nation at the Tiv Head Quarters Gboko, on the request of the Tiv themselves, and was named Aondona. This name was given because the Tiv decided that he is God-sent, or God’s Gift to the Tiv.  This decision was completely transparent as it was not Aondona who in any way initiated the matter.  And the decision was unanimous by the over 200 odd cross section of the Tiv leaders present.

This was because the Tiv saw the love Aondona has for the Tiv people and the Tiv Land.  They could also see and appreciate the commitment he has to the economic development of the Tiv economy and the general wellbeing of the Tiv, when DR. H.T.A.Yongo PhD FCMI told how with Aondona’s intervention, following a full day’s meeting every two weeks for a year and half, the no interest from the CMI was turned into an enthusiastic yes.

And this Tiv view of Aondona is indeed true, because we now have found, from Aondona himself that of all his business interests in Europe, China, Asia and the Middle East, Nigeria is now his priority.

With his lovely wife Lynne, they were adopted on 1 August 2014.  In the process of preparing their adoption papers, the Tor Tiv, the Benue State Government in consultation with RePUT, decided that, the couple should be treated the same as any Tiv son and daughter.  That means they must become a part of a Tiv family so that it would be clear that they have deep roots, and share in the rights, duties, privileges and responsibilities in the Tiv Kingdom, same as any Tiv family.

Therefore, the Tiv decided that the right and proper thing to do is that the couple belongs among the Mbafian, in Gaambe-Ya, in Shitile, in Katsinal-Ala Local Authority, same as the Yongo family, since it was Dr.H.T.A.Yongo PhD FCMI, who introduced them to the Tiv Kingdom.

Watch this space for further introduction of Aondona.